We're in a public space. 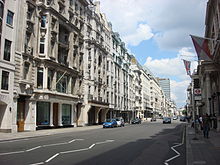 It's a large, ornate, room,
Shared with other "business people."
Groups sit round small tables
Talking in moderate, measured, tones.
We are talking, low over a spreadsheet;
Planning the next job, probably.
My mobile rings and I go outside to answer it,
Standing in a cubby hole that smells of furniture polish.
The voice at the other end's cajoling.
It almost begs and I feel flattered.
Do I think of you?
Perhaps, but briefly, and I say yes.
As I say it, I know you will be furious.
And you are, very angry,
More angry than I knew you could be.
Your voice is loud.
People stop their conversations
To listen to you rant.
Then you stop, look round and glare.
Up you stand; for one moment still as a statue
Just staring at me.
Then you're gone.
In a few seconds, you pass the window
Storming down Pall Mall to the tube.
Later, I realise the nature of the problem!
I know why it caused so much noise.
I'd got what you believed you had already.
And you'd have happily excused yourself;
Too good to miss…just had to take it!
Leaving me betrayed instead of "the betrayer."
Posted by Wendy Mason (WiseWolf) at 18:36 No comments:

It's just business you say.

Cotswold stone on a wet afternoon. 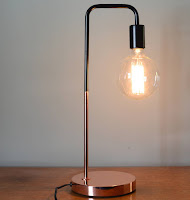 The light is on at three.
But, it isn't cosy.
We've avoided arguments all day
Here, in your fourth-bedroom office.
"This isn't working" you say.
No, it isn't;
It wasn't going to, was it?
Perhaps, if you'd told the truth?
I was naive you say,
This is business after all
And you needed an insurance.
How did you know you could trust me?
The trouble is, I did trust you.
The rain stops.
So, we go for a walk.
The dog comes with us.
She leads the way,
An enthusiastic,
Straight forward kind of dog!
We stop to look over a gate;
Sheep in the failing light.
The dog is tempted but knows better.
We're kind of friends again, for now.
It's just business you say.
But, I don't like it much.
Posted by Wendy Mason (WiseWolf) at 16:37 No comments:

So, dear Mary,
What shall we make of this?

Old as time you stand
In a cool, green, silent, place.
Suffering though time,
You're bearing the forever wound.
A womb torn for the world by
Something of fate and history.
So many stories around you,
Like little children
Tugging at your skirts.
Tales of myth and magic;
All tinged with rosy mystery.
And still,
Regardless of divinity,
Your pain goes through the years.
Bringing us, perhaps,
As close to infinity
As we shall dare to contemplate.
Posted by Wendy Mason (WiseWolf) at 17:49 No comments: